Boost Mobile Racing with K-Tech are proud to announce their team plans and that they have their sights firmly set on the 2020 mi-bike Insurance Australian Superbike Championship presented by Motul.

Following the first public test of the Ducati Panigale V4R with star recruit Wayne Maxwell at the helm, McMartin Racing is pleased to welcome back Boost Mobile as the teams naming rights sponsor for 2020 along with K-Tech Suspension who will be providing full factory support to form Boost Mobile Racing with K-Tech. 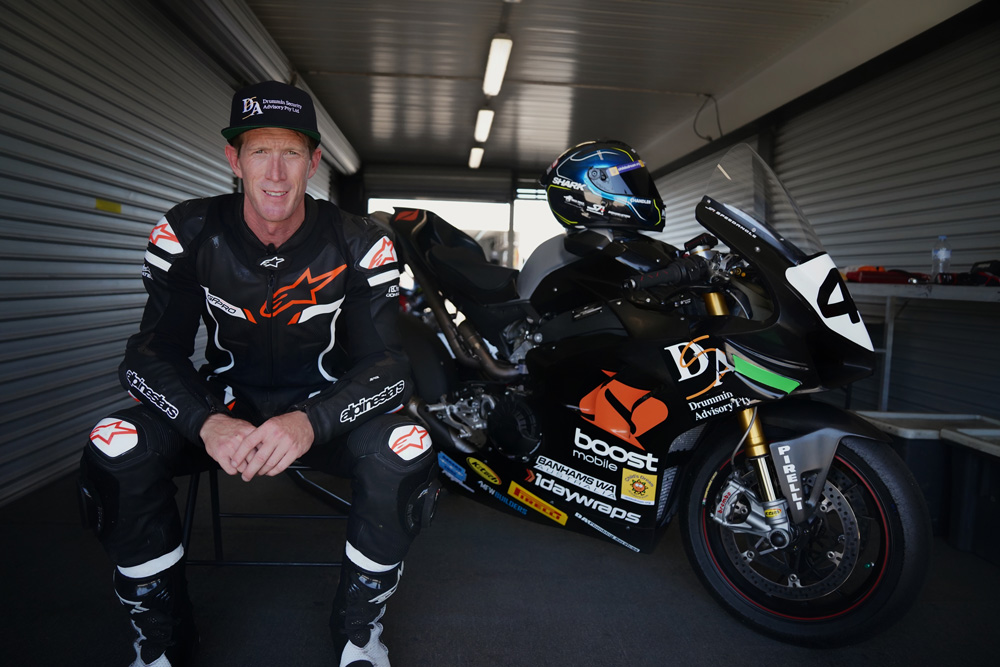 Continuity is important for Boost Mobile Racing with K-Tech not only in terms of sponsors and supporters. Over the last few years Craig McMartin has built a highly experienced team that possess the same level of experience and determination as Wayne Maxwell to wrest the ASBK title. 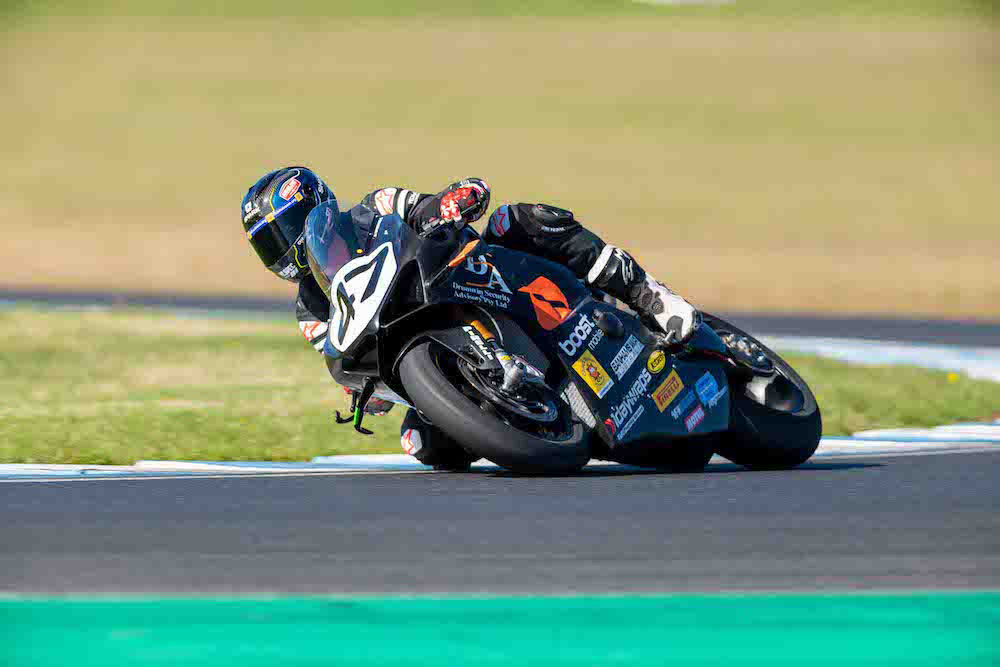 Craig McMartin will utilise his twenty plus years of experience to build and maintain the Ducati Panigale V4R’s. Long-time team members Greg and Julie Maher bring their wealth of ASBK Team knowledge and experience preparing the bikes for each track session, providing the teams logistical support as well as supplying supreme quality Racers Edge Performance fairings. Dale McMartin will continue to provide valuable support with tyres to enable the rest of the team to focus on the motorcycle. Highly experienced and much sought after Crew Chief Adrian Monti has many years of experience working with top level ASBK riders and will work with Craig and Wayne to fine tune the chassis and K-Tech suspension at each round. James Harpham, Product Development Technician at K-Tech Suspension’s head office in the UK, will also be on hand at selected rounds providing his wealth of knowledge with the K-Tech product. Engineering and fabrication support will be provided by Ken and Barry Horner, creators of the stunning bespoke Irving Vincent Motorcycles that are a crowd favourite every time they take to the racetrack. 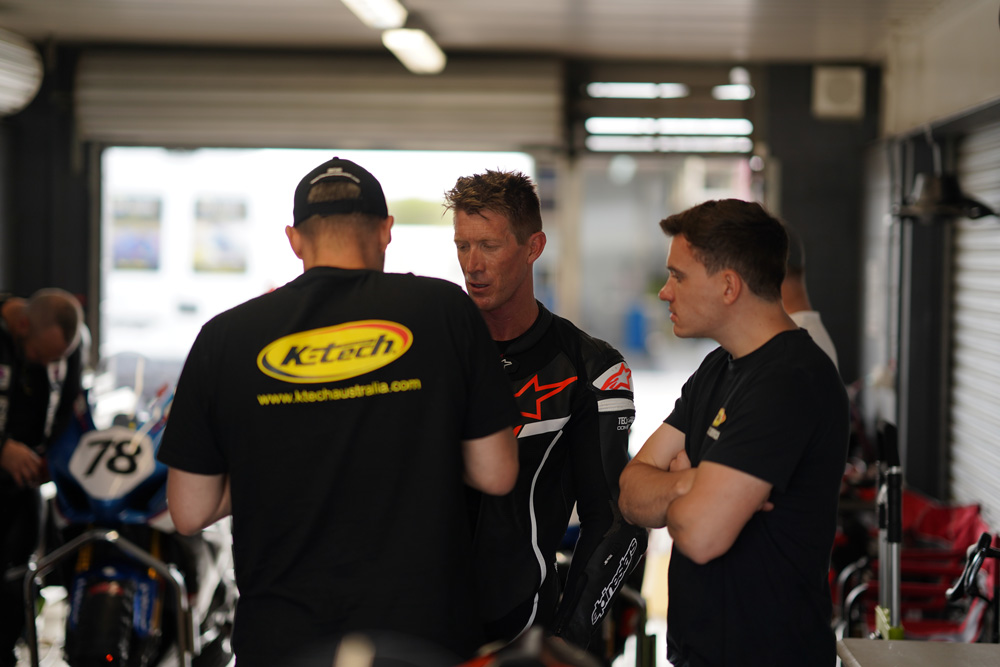 Wayne Maxwell is a rider that needs little introduction to Australian racing fans. One of the most highly credentialled and experienced riders in the ASBK paddock, Wayne is a multiple time national champion and is one of the highest profile riders in Australia. The 2013 ASBK Champion and 2014 ASC and AFX-SBK Champion has not finished an ASBK season outside of the top three since 2012 and in 2019 scored an impressive eleven podiums and four wins from the sixteen-race season. Wayne also has an impressive social media presence on Facebook, Instagram and Twitter and has highly developed media skills 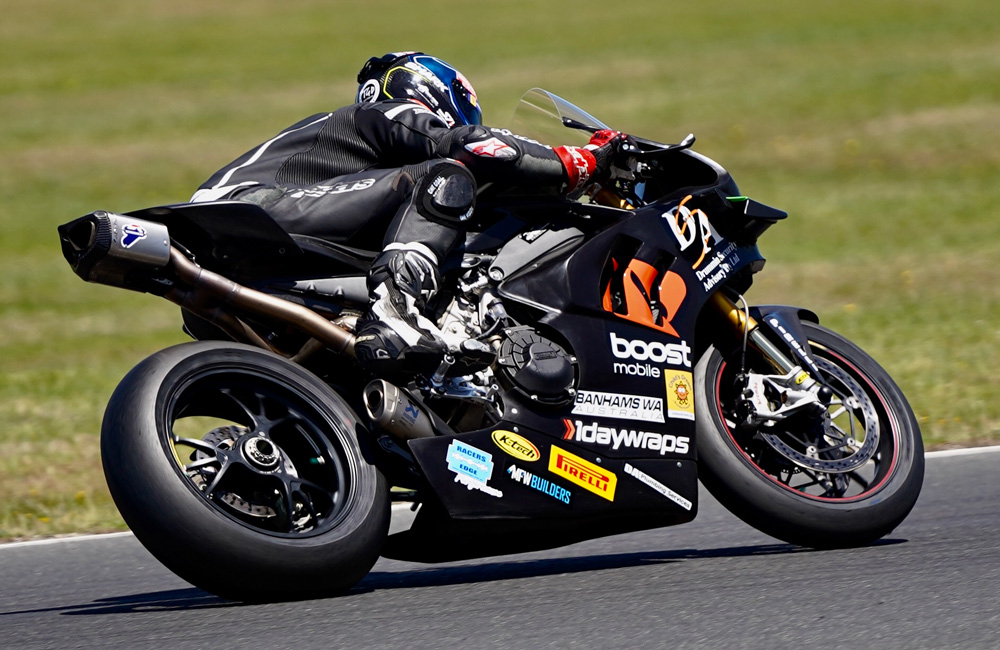 Wayne will also be joined at selected rounds in 2020 by Beau Beaton on the North Coast V-Twins Panigale V4R and will benefit from the same level of support from the Boost Mobile Racing with K-Tech squad.

Earlier this year Boost Mobile Racing with K-Tech attended the official ASBK Pre-Season test finishing fastest over the two days with the best ever recorded lap time for an ASBK spec machine. The official test was completed in testing livery with Boost Mobile Racing with K-Tech’s spectacular official 2020 livery to be unveiled on the eve of the first round.

The 2020 mi-bike Australian Superbike Championship presented by Motul kicks off at the stunning Phillip Island Circuit in conjunction with the first round of the 2020 Motul FIM Superbike World Championship over the weekend of 28 February to 1 March.

Round 4 May 15-17 Barbagallo Raceway WA (Supercars)

“Joining Boost Mobile Racing with K-tech has been a dream transition; from the first time I rode the bike at Wakefield Park in November I have just jelled with it. Commented Boost Mobile Racing with K-Tech rider Wayne Maxwell. “The experience that Craig, Adrian and Greg have when it comes to preparing the bike is second to none, also the belief that they have in me makes me want to push that extra bit. It’s a real team effort with Dale and Julie also. We are extremely privileged to have some great partners from out of industry as well as within the motorcycle industry for this season and I can’t wait for the first round to get underway”. 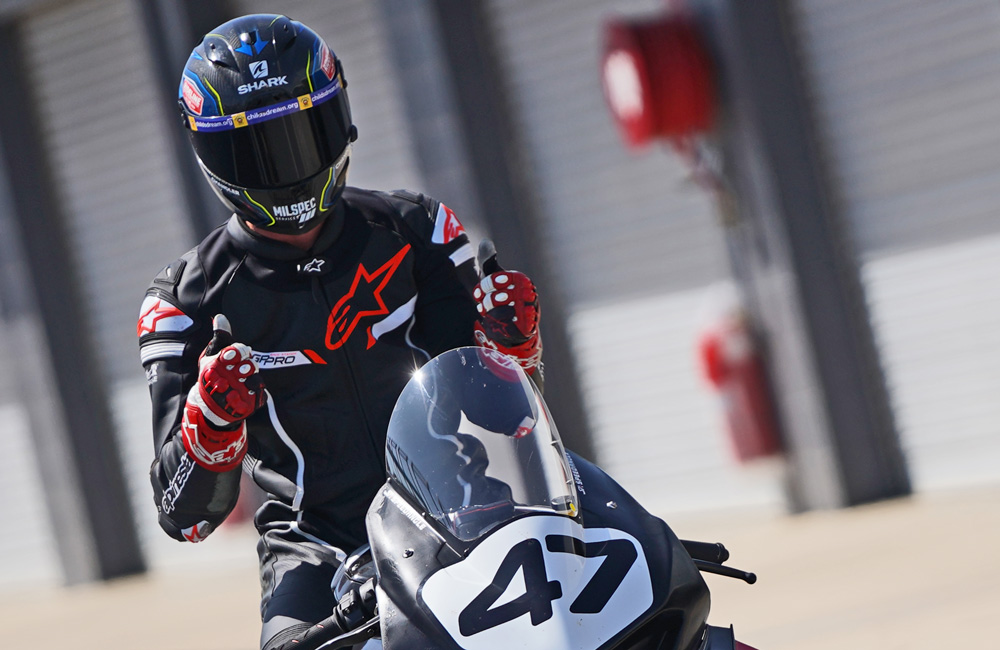 I am very happy to have Wayne riding my bike this year in the 2020 ASBK” said Team Owner Craig McMartin. “Wayne loved the bike from his first ride at Wakefield Park and did a very good job adapting the new components at the official test. He is great to work with and has put a lot of effort in behind the scenes helping with sponsorship and pit set-up.

I am very grateful to have Adrian, Greg, Julie and Dale on the team as I cannot do it without them and the increased support this year from Ken and Barry from Irving Vincent and K-tech is a crucial factor. I am confident that this year as a team we will achieve great results. I would also like to thank each and every one of the sponsors for their faith and the backing that they are providing this year. 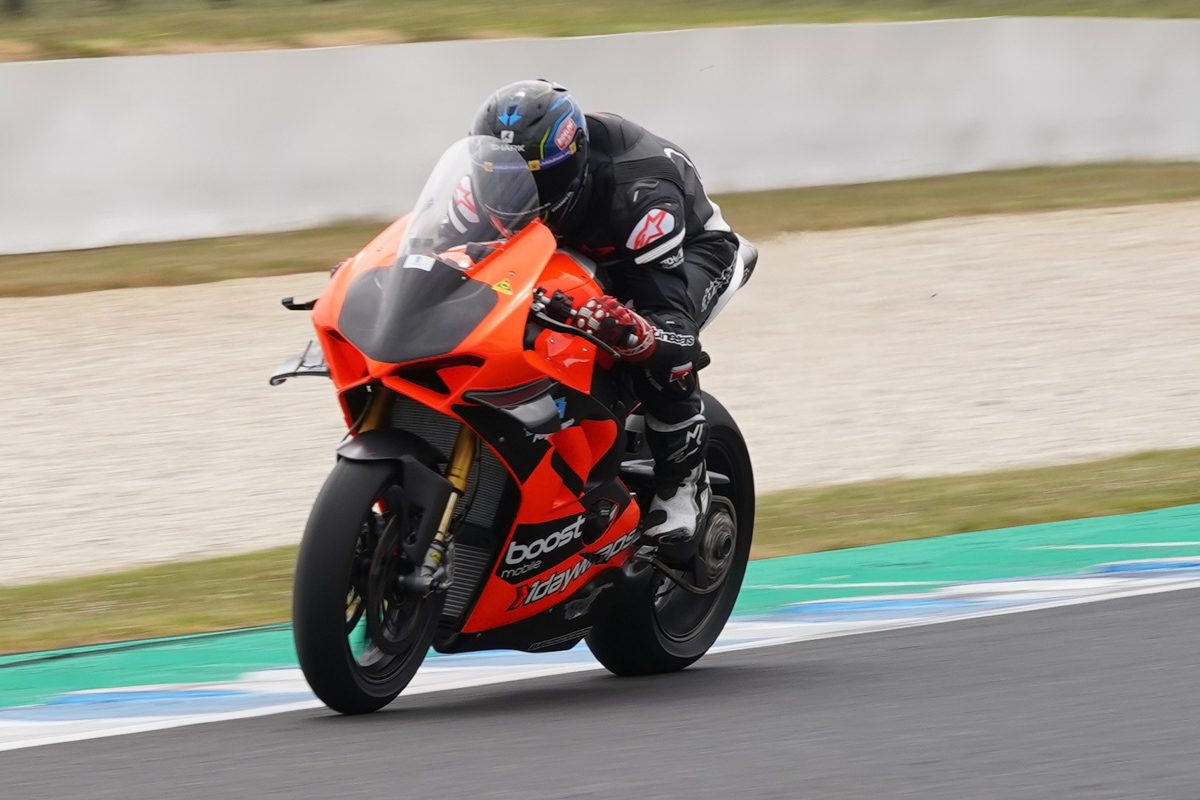 Portfolio & Sponsorship Proposal for 2020. If you or your company are interested in getting behind Wayne Maxwell Racing in 2020 then now is the time, limited opportunities are available. If you want the complete details please feel free to email me at This email address is being protected from spambots. You need JavaScript enabled to view it. — with Wayne Maxwell. [2020 Sponsorship Proposal will be emailed to you after requesting.] 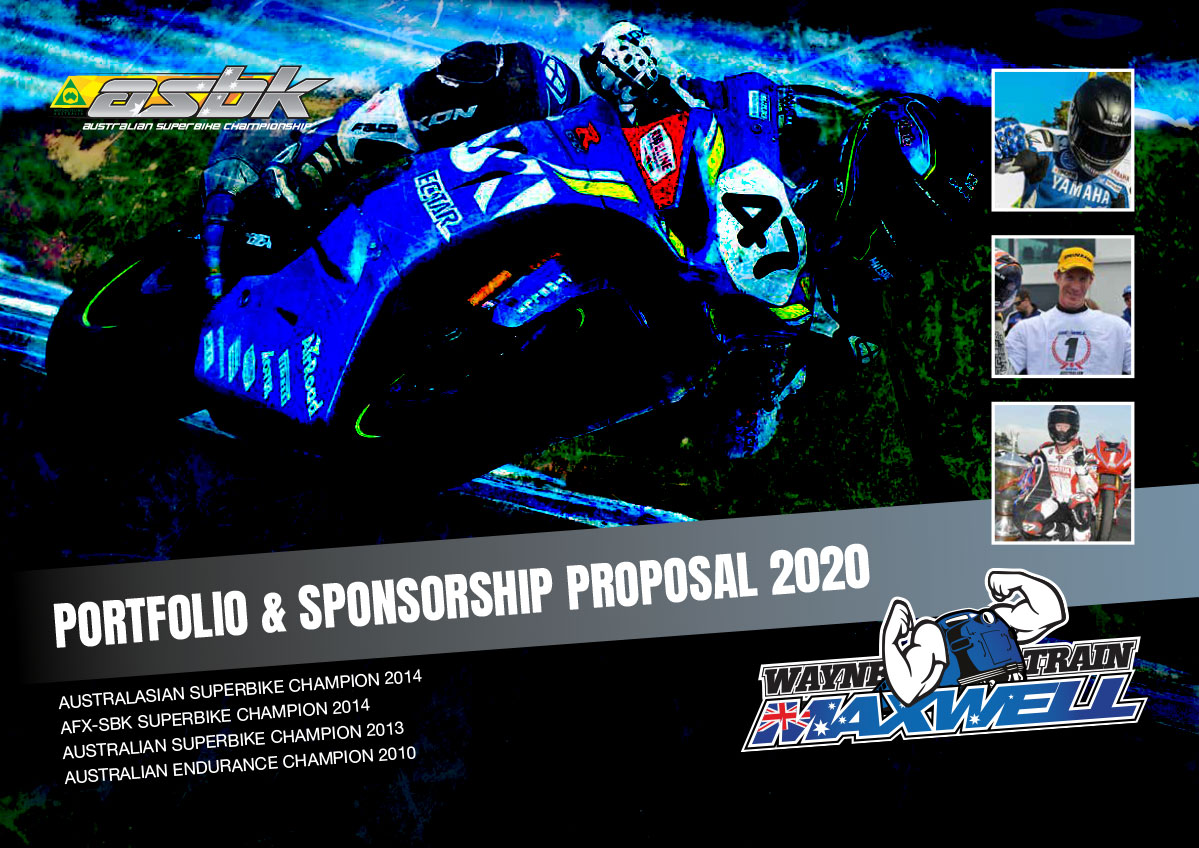 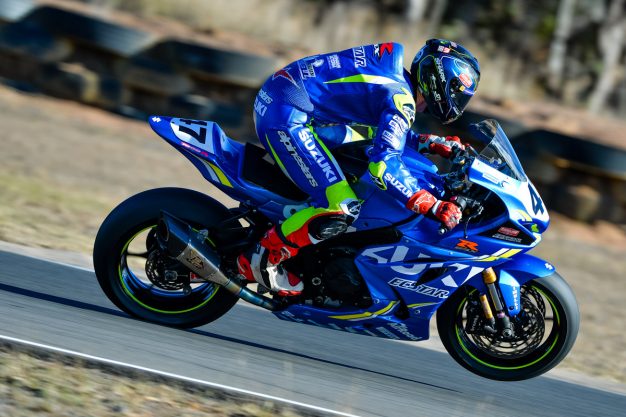 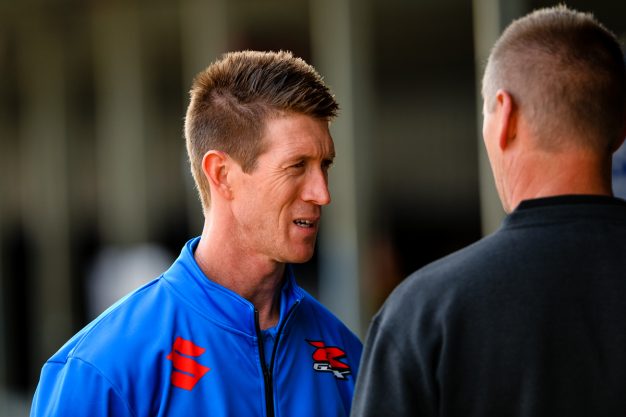