Shortly after the support races at MotoGP Wayne Maxwell headed to Perth to contest the 2014 Kings of Wanneroo in Western Australia.

His Motul Honda Racing bike was crated and shipped by Team Honda Racing to Planet Honda Motorcycles in Perth.

Wayne is no stranger to Barbagallo Raceway with his association as employee and Instructor at Champions Ride Days.

His sponsor for this event Champions Ride Days said: “Champion's Ride Days is excited to announce long time employee and Instructor Wayne Maxwell will be competing under our banner at the Kings of Wanneroo this weekend!! So to all our loyal Perth customers, get onboard the "Wayne-Train".

It was an event that Wayne had been thinking about for many years after some big names in racing contested the event in previous years, riders such as Jeremy McWilliams, Conor Cummins, Keith Amor, Ryan Farquhar and Guy Martin. Australian stars to have contested the Kings of Wanneroo include Isle of Man Superstar Cam Donald, 2002 Australian Supersport champion, Shannon Johnson, Mitch Carr, Chas Hern and Broc Parkes.

Glenn Allerton the three times Australian Superbike champion took out Kings of Wanneroo in 2008, ahead of John Laverty. Allerton is also the current track record holder.

Wayne had his sights on breaking the track record held by Allerton which is a 55.533, in Friday practice Wayne was only .100 away.

There was tyre life concerns raised at the riders briefing with the rules stating that you have one set of tyres for Qualifying/Superpole and another set for all three races on Sunday. The clerk of course dismissed changing the tyre rule at riders briefing.

On Saturday the track conditions changed with temperatures reaching 30 degrees, in qualifying, Wayne lost the front going into the basin after his first flying lap which saw him post the fastest time of 56.030, his only recorded flying lap time was 1.56sec quicker than his nearest competitor Cameron Stronach.

The Champions Ride Days team had just one hour to make some repairs in time for Superpole, most of the damage was cosmetic after the sand filled run-off claimed another rider.

In Superpole, Maxwell posted a 56.264 to secure pole position for the three race event on Sunday holding a 1.307sec gap, the only thing that was going to beat Wayne winning the King of Wanneroo was himself. Local rider Adam Senior who had his arm bandaged with burns was able to endure the pain and very third behind Cameron Stronach.

Sunday conditions were very similar to Friday practice, Wayne managed to hole shot the field in all three races to win by margins up to 14 seconds.

Wayne said: “I am very happy to have won the three races, my team was awesome all weekend and the Dunlop tyres worked great, we missed the lap record but I realised that bringing the bike home after each race was important to winning the Kings of Wanneroo, many thanks to Scott and Nicole from Champions Ride Days for coming on board for this event”

“The whole event was great, the atmosphere reminds me of racing ten years ago and why I am so passionate about racing”

Mechanic Warren Mosman said: “I have never changed the front end settings so much in a weekend trying to get a good setting for Wayne”

Major sponsor Scott Osborne from Champions Ride Days said: “We’ve always wanted to have Wayne as a main rider for our Race Team, as we know his skill and determination on the racetrack. He is a true champion in all aspects and it showed with his riding this weekend. We really wanted to put on a show for all our customers in WA who support us and Wayne. We are proud to be associated with someone with his talents in our business. Special thanks to Paul Free and Honda for allowing us to use Wayne’s regular bike for the event.”

Team Manager Stephen Fong was an asset on the weekend, keeping the technical aspects of the event, tyre rules and timing in check, also letting us know when we had to be on track so that everything went to plan.

The team joined the celebrations and trophy presentations at the end of the day before rushing to the airport to catch the red-eye back to Melbourne.

Many thanks to the main sponsor for the event Champions Ride Days, Honda Racing and Dunlop along with my personal sponsors Bell Helmets, Milspec, Mick Price Racing, Bulleye Electrics, Alpinestars, Shotz, SpeedAngle and Motospec.

Wayne heads to Sydney Motorsport Park on the 21-23rd November for the final round of the Australasian Superbike Championship, hoping to walk away with both championships for Team Honda Racing. 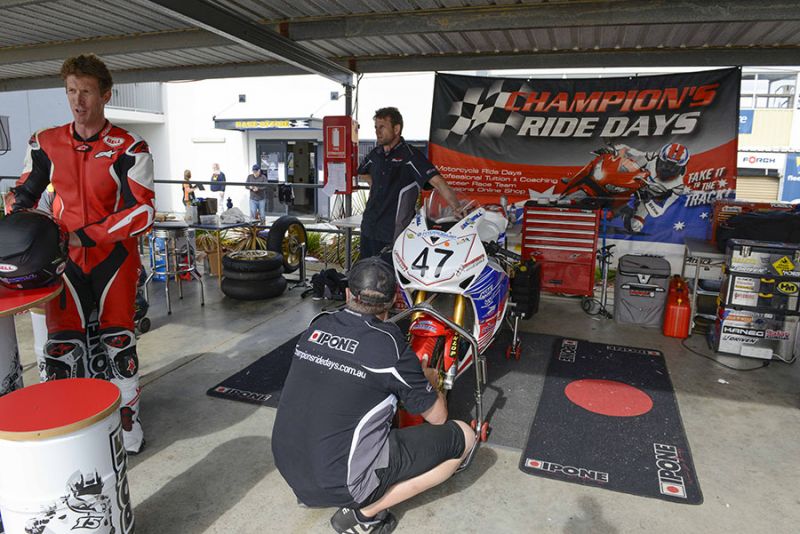 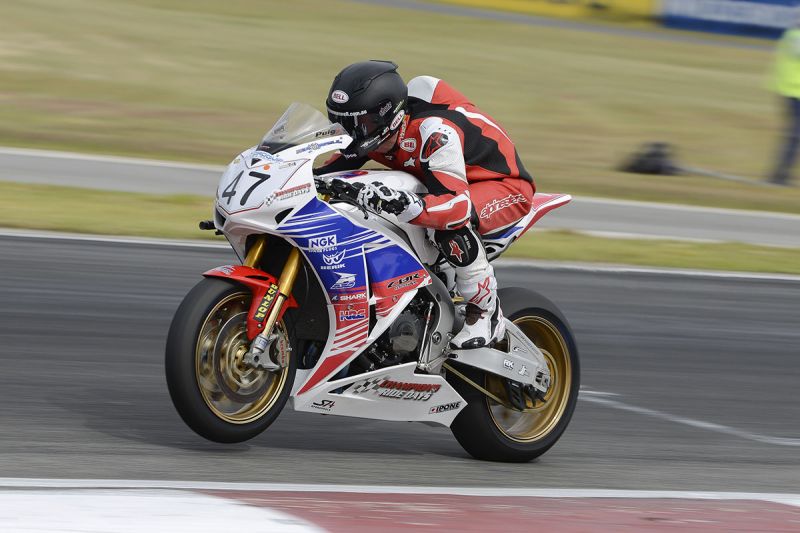 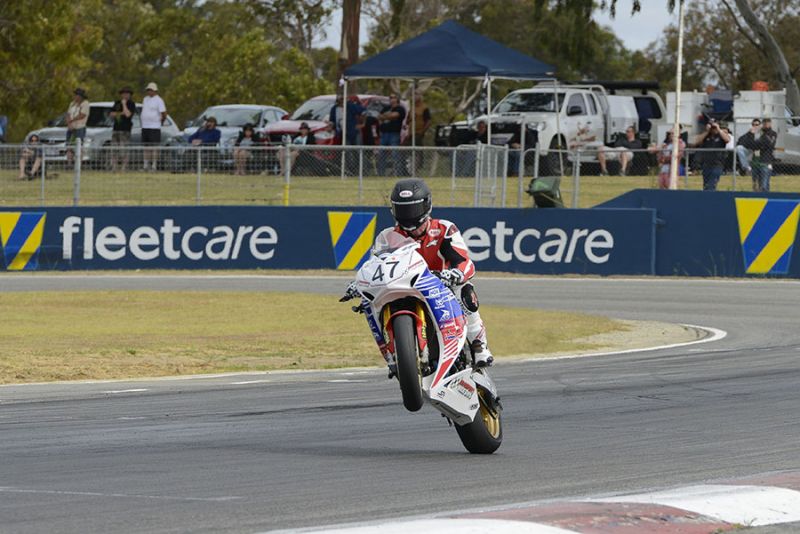 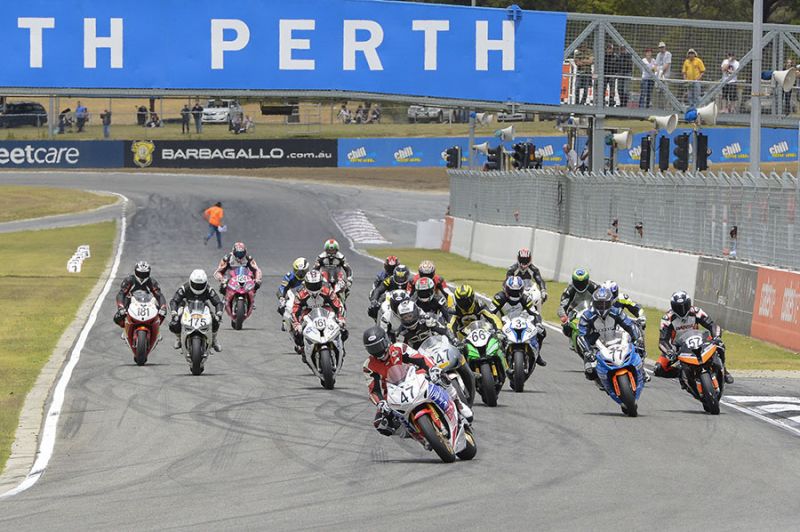 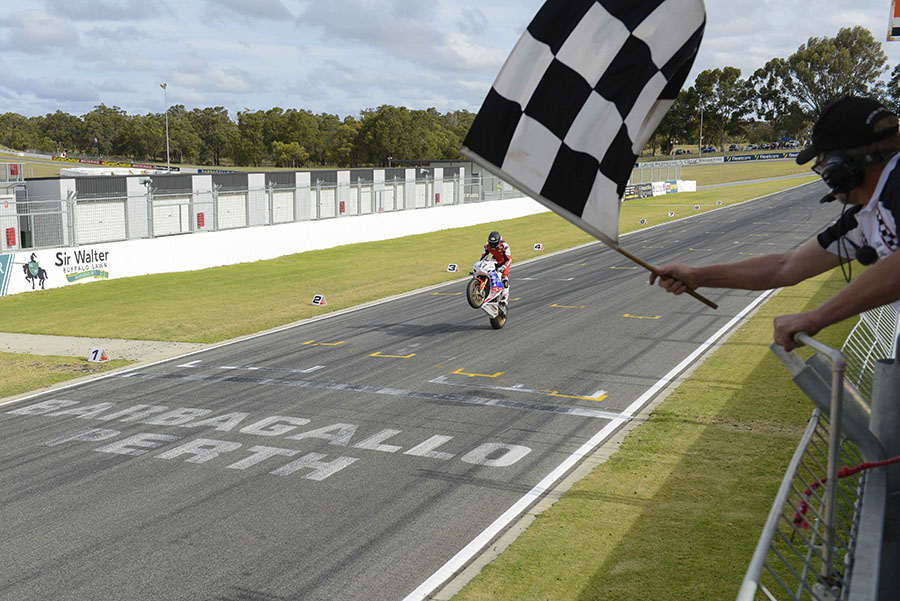 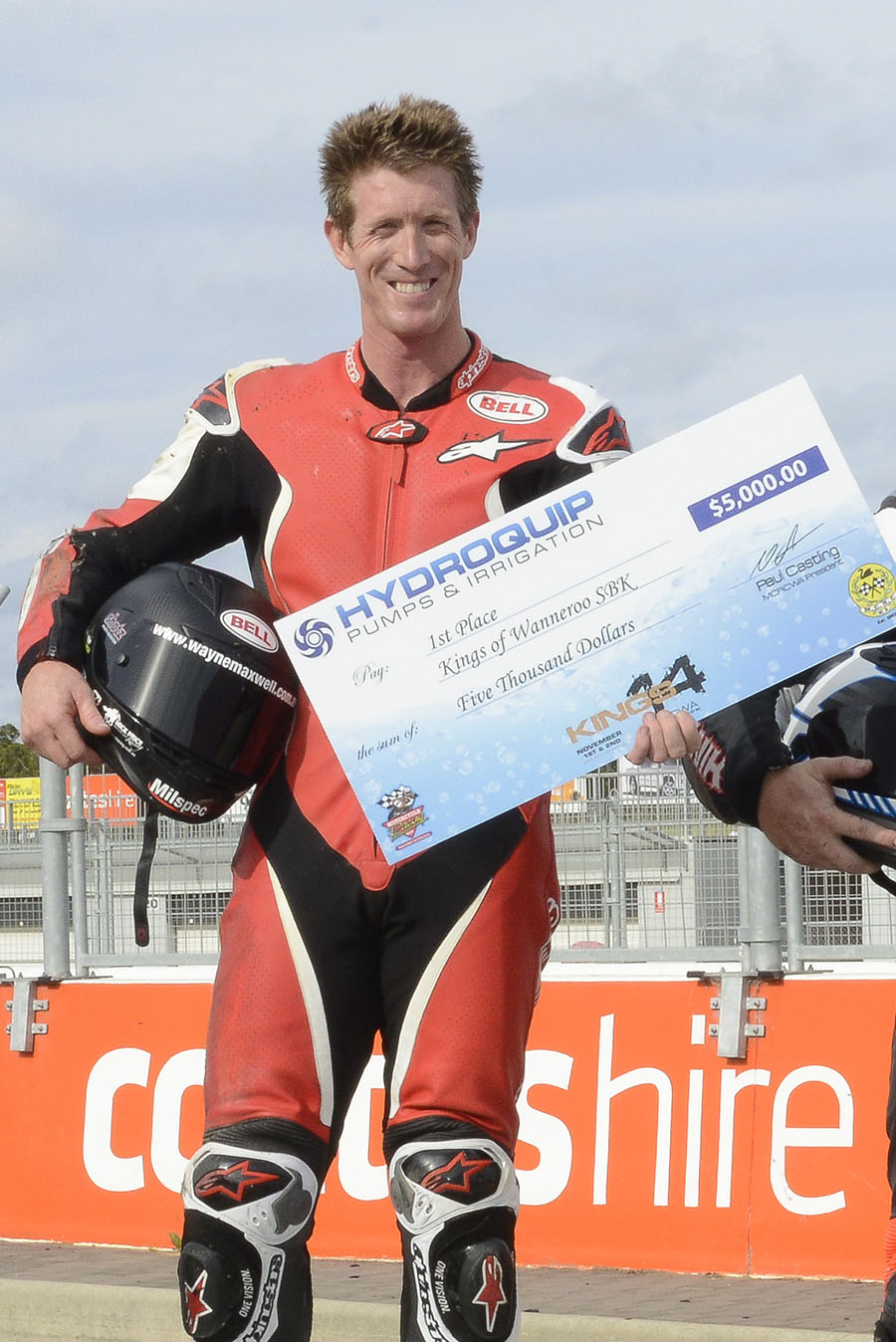 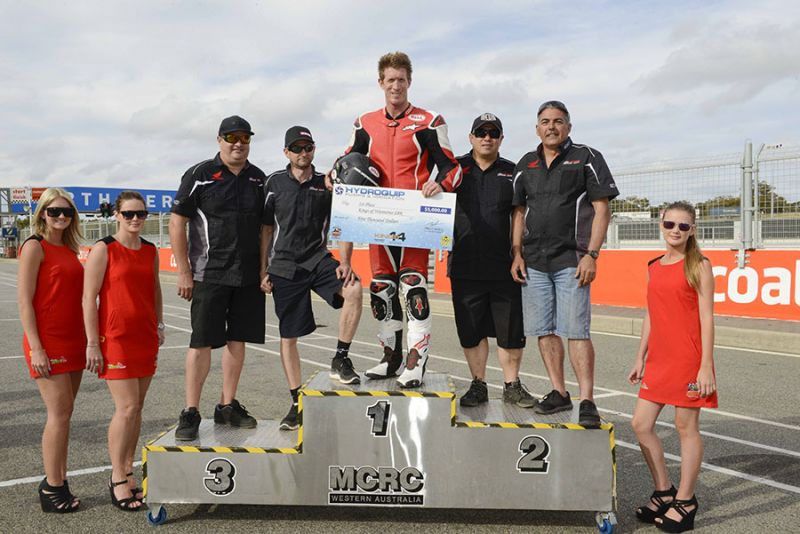 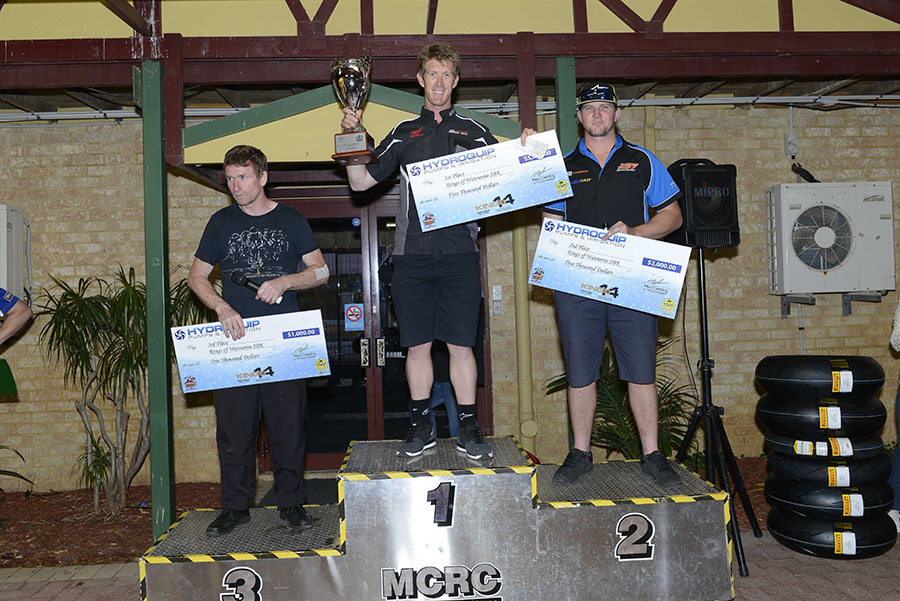