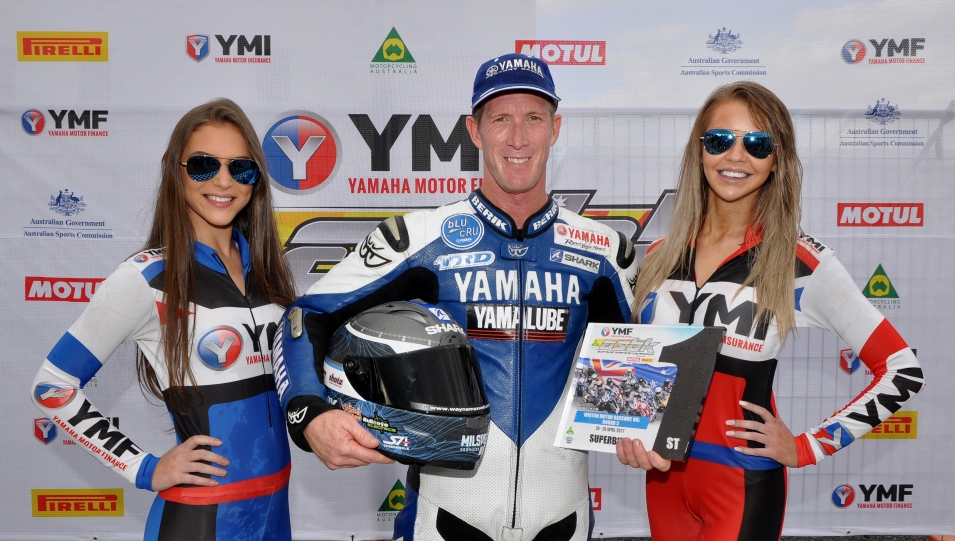 Yamaha Racing Team’s Wayne Maxwell has thrust himself right back into championship contention after a weekend of domination at round three of the Yamaha Motor Finance Australian Superbike Championship (ASBK) at Victoria’s Winton Motor Raceway.

After enterprising day during the practice sessions, Maxwell felt in tune with his YZF- R1M and confident of a good showing in the qualifying sessions. True to his word, the 2013 Australian Superbike Champion stormed to a 1min20.290 in qualifying two on Saturday, which is the new best lap in the Superbike category around the Winton circuit and he lowered the bench mark time by .115 seconds. His next goal was to transfer his raw speed into into racing then next day.

Race one saw the 34-year-old sit in second position behind Troy Herfoss for the first eleven laps of the race before taking command of the race after he got by Herfoss at turn seven. From there Maxwell was never headed and took the race win by .550sec over Robbie Bugden, with YRT supported rider Cru Halliday finishing in third place.

"It was a strange race as Troy [Herfoss] and I were strong in the first sector of the race track, then in the second and third sector I was stronger, while Troy was strong in the final sector," explained Maxwell after race one.

"My only passing opportunity was in the second sector. Troy just kept fighting back and I couldn’t get clear air. However, with three laps to go I managed to get clear air and managed to win."

The second race saw Maxwell racing in third position for the opening six laps before making his way up to second place and then set about tracking down Herfoss once again. The race winning move came on lap twelve when Maxwell dived up the inside of Herfoss at turn four. The Yamaha rider romped to a 5.211 second victory and in the process posting the fastest lap of the race with a 1min20.688 on lap eleven. 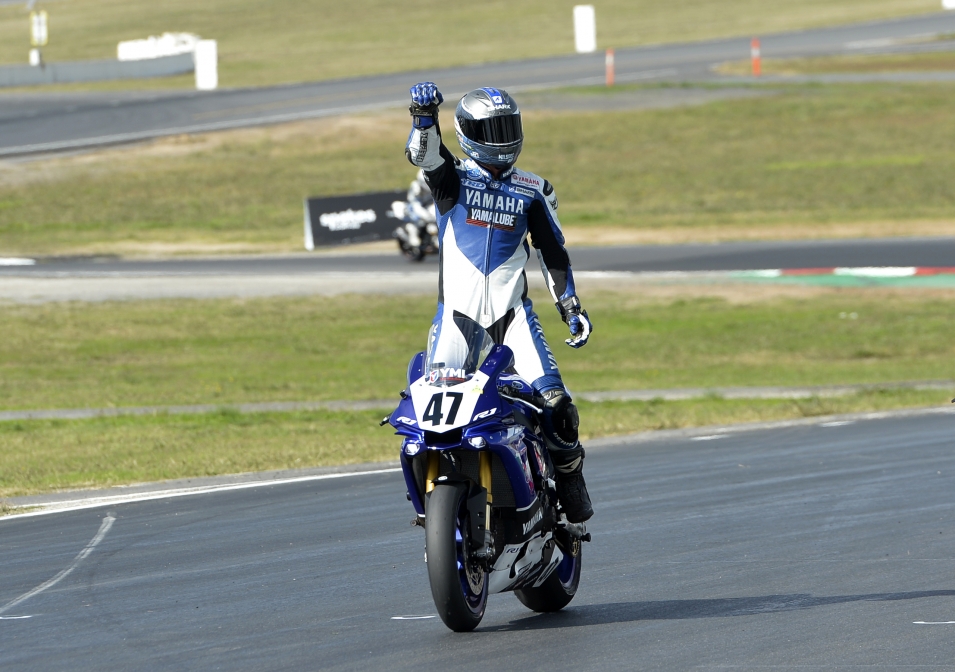 “The Yamaha YZF-R1M was a great package here this weekend,” beamed Maxwell after race two. “To be able to do those lap times one after another is no mean feat. The guys at Yamaha Racing Team have given me a great bike to go racing on this weekend. The bike and the tyres were consistent. I just tried to hit a number and stuck to it.

“I’m so happy to come away with pole position yesterday and the double race win today as it’s a nice way to repay back the team for all of their hard work. The team and I are going to have to try and keep that momentum going into the next round and for the rest of the season.”

Team mate, Glenn Allerton, is still sidelined due to an injury at a previous round but his recovery is going well and the team expect him to be back on the bike in the near future.

The Australian Superbike Championship now heads to the top end to Darwin’s Hidden Valley Raceway, which Maxwell said that he is really looking forward to as the circuit has been good to him in the past.

“Last time I raced there the circuit was good to me and I managed to do the fastest ever lap around there before. We’ll go back there and try and take the challenge on in regards to the championship.”

It will be the first time that the Yamaha Racing Team will race at Hidden Valley in the Superbike category. Last time the team raced at the 2.87km circuit was in 2011 in the Supersport class.