Wayne ends up Runner-Up in Championship after mistake in race.

I started the weekend off feeling positive that I can win back to back championships but it wasn't to be.

Qualifying ended with Cru Halliday in pole position and I secured second place just ahead of Troy which was a solid result for the championship.

First and Final race of the AFX-SBK Championship which was for double points didn't go ideal for me, got an very average start and then crashed on lap three mid corner in turn 9, it's was not ideal but that's the way racing goes. A massive congrats to Troy Herfoss and Honda they did an awesome job and for me second in the AFX-SBK Championship is not too bad. We got to have another crack on Saturday which was the main day and I was hoping to get a decent result. Starting from 8th on the grid just made that task a little harder for me, also with Troy winning the AFX-SBK round he now moved 1 point ahead in the championship. 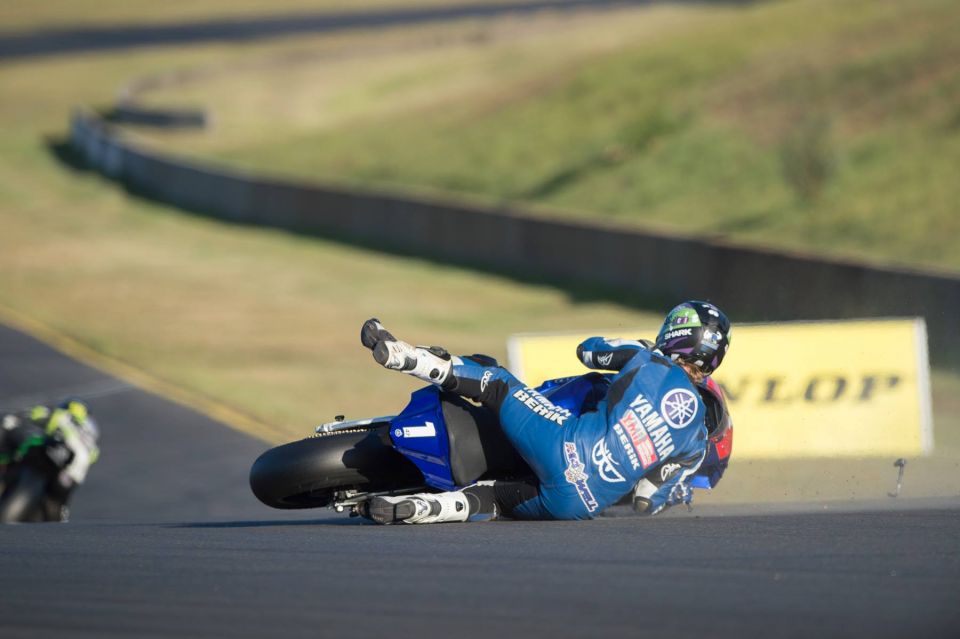 Race 1 - Was always going to be tough race starting from eight on the grid, but worked my way forward and just couldn't hold off Troy and finished just off the podium in forth place and moved to 3 points behind Troy. Still two more races to move forward and hopefully pull back some points in the next race and make the final race a shootout for the championship. 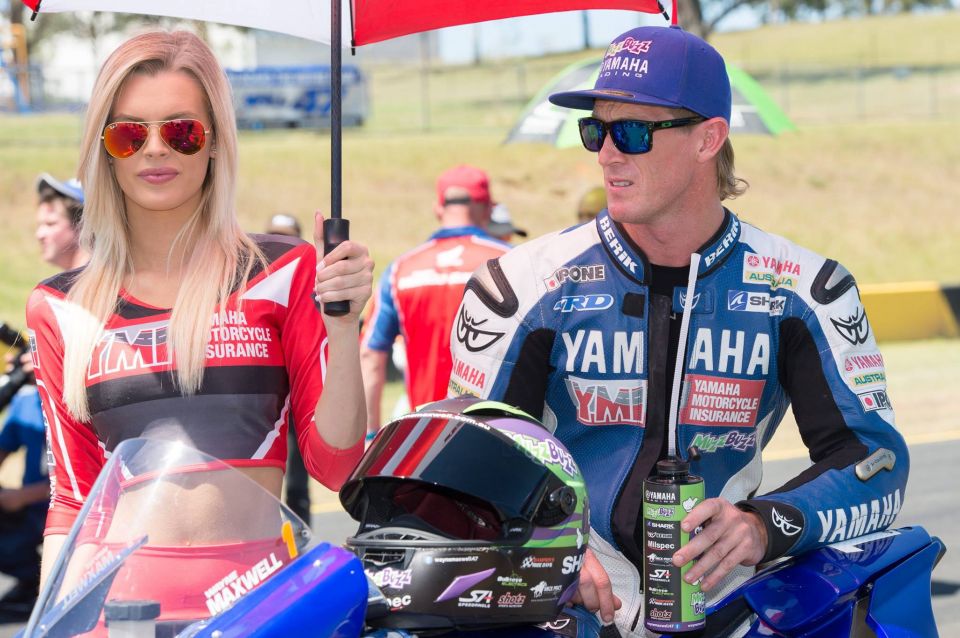 Race 2 - We tried our best in that in Race 2 and put up one hell of a fight, finished third behind Mike Jones and Troy Herfoss. Just one more race to go and I am five points behind, but we all know anything can happen in racing and we will be out there fighting again in the final race of the season. 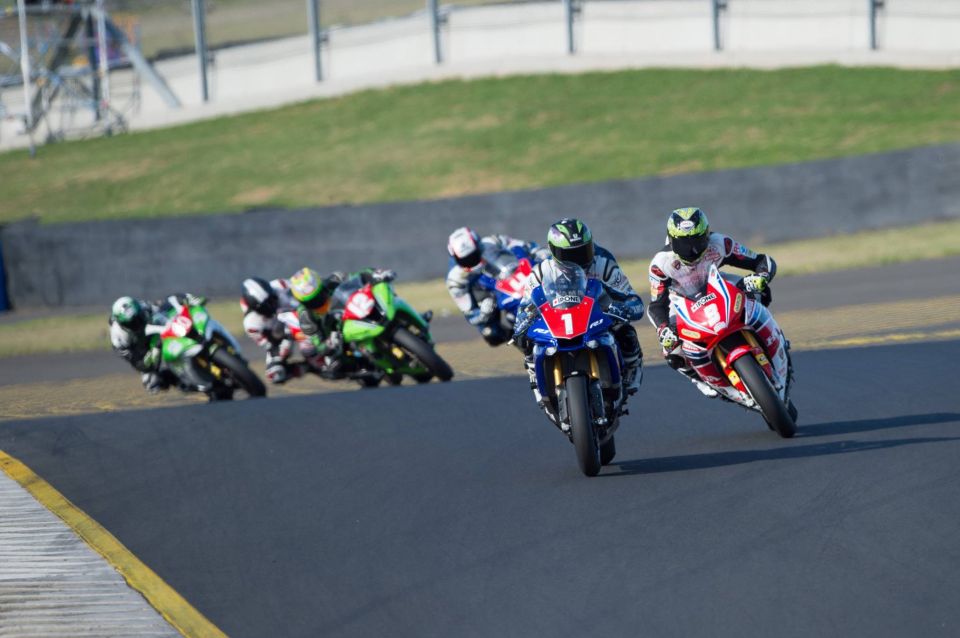 Race 3 - Was leading the championship during the race but it wasn't meant to be, you just can't give talented riders that much of a head start. Made things hard for myself by crashing on Friday and starting from 8th position for all three races. The result was just 1 point, but we will be stronger in 2016. We didn't get it right a few times this year which didn't help, but you can never put it down to one race meeting. We pushed Troy all the way to the end and this was what I hoped for, very happy with the way I am riding at the moment. A big thanks to the Yamaha Race Team and my mechanic Warren and teammates Glenn Allerton and Cru Halliday. 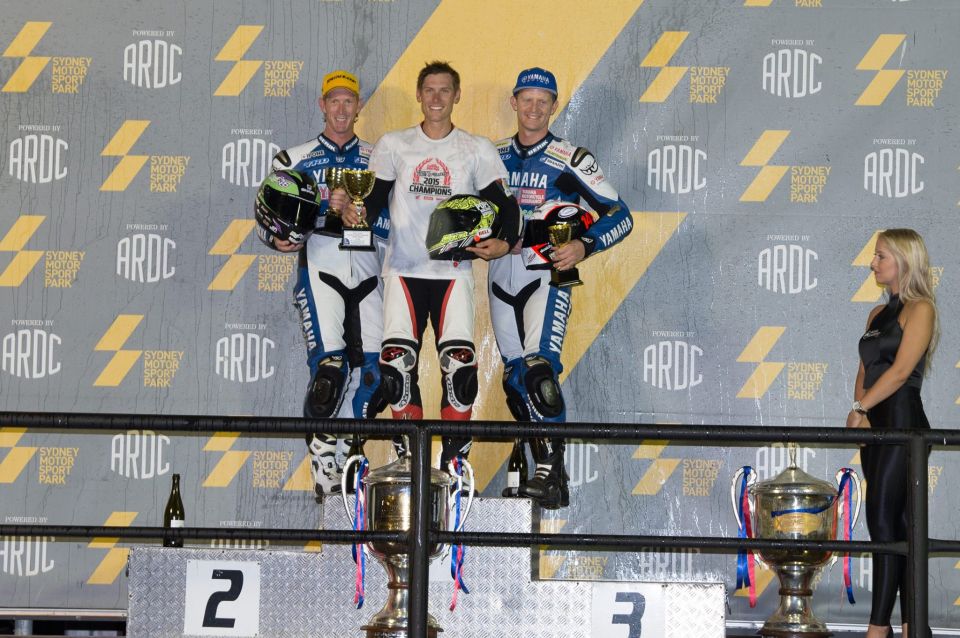 A massive thanks to everyone that has supported me in 2015, special thanks to Yamaha Racing Team, Muzz Buzz, SpeedAngle, Berik Leathers, Shark Helmets, Milspec, Mike Price Racing, Bullseye Electrics, MotoSpec, Shotz and Champions Ride Days.

After a year on the Yamaha R1M we will come out much stronger in 2016.

Perth Speed Fest is on Sunday 13 December at Perth Motorplex

The Pits - VIP access to the hub of the event. Get up close and personal with your favourite drivers, crews, cars and grid girls. Your opportunity to see the race rigs, watch crews at work, and participate in the wheel-change challenge.

The Tarmac - Witness Formula 1 star Daniel Ricciardo in the Red Bull Racing RB7, the 2011 world-championship winning F1 car, putting the car through its paces before lining up to go head to head against top cars in the ultimate test of speed. The Motor Show vehicles will also parade demonstration laps in their eras.

Extreme Tarmac - Running at selected times during the day, the Extreme Tarmac will highlight the skills of a specialised group of drivers in the ultimate sideways challenge. A variety of cars including highly modified rally, drift and tarmac machines will be pushed to their limits as they strive for the perfect run.

Motocross - High-octane, gravity-defying daredevil stunts, tricks and backflips are the order of the day when the best Motocross riders jump and rev their way around the centre of the Motorplex Speedway.

Motor Show - A showcase of historic vehicles and bikes in their eras from pre-1940s through to now. An opportunity for enthusiasts to proudly present their motors, providing the public with an opportunity to check out some seriously stunning wheels and get a great insight into local motoring history. This isn't just a static show and shine - watch these impressive wheels motor along in a parade lap on The Tarmac.

Gary Miocevich Rare and Dangerous Pavilion – named after esteemed drag racer and the great man who designed Perth Motorplex, come and see unique, impressive, purpose-built vehicles including Thunder Down Under Jet Truck, the 'Back to the Future' De Lorean and the Mad Max 1974 Ford XB coup. Included is the York Motor Museum auction featuring 250 pieces of motoring art and motorsport memorabilia will be on sale for the first time.

VIP Suites – Your own exclusive suite for up to 20 people overlooking the Dirt or the Tarmac with the best viewing, unlimited access to the Perth Speed Fest Pit, mingle with the who’s who of motorsport, premium selection of food, drinks and VIP parking. Click here for more

The VIP Marquees – Join like-minded motoring VIPs in a stunning communal marquee overlooking the Dirt or the Tarmac with the great viewing, unlimited access to the Perth Speed Fest Pit, mingle with the who’s who of motorsport, premium selection of food, drinks and VIP parking. More information here. 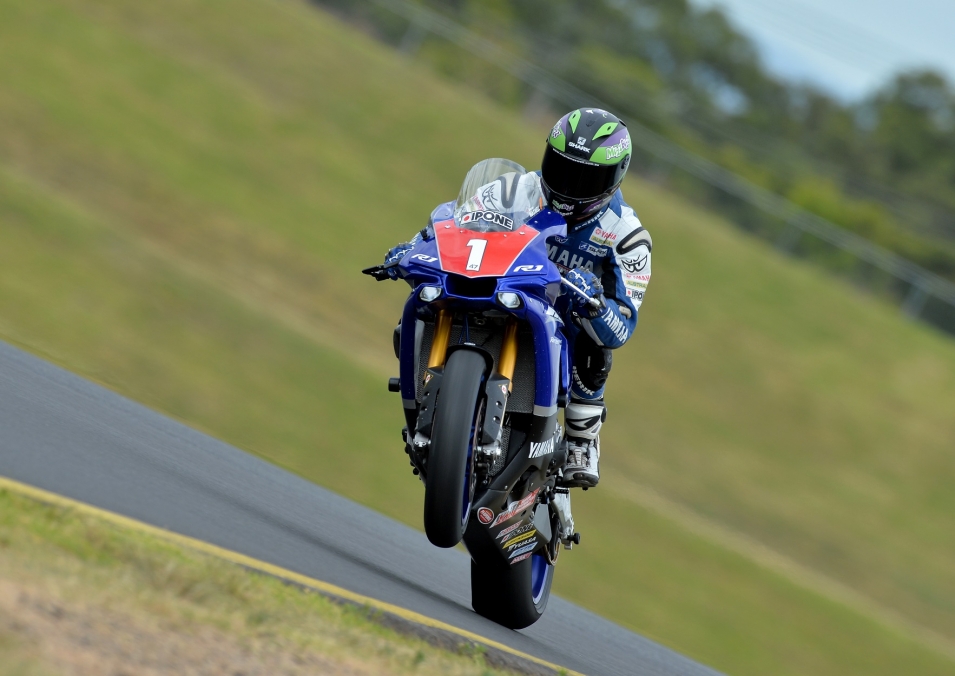 Yamaha Racing Teams’ Wayne Maxwell came agonizingly close to winning the 2015 Australasian Superbike Championship but ultimately came up one point short in an enthralling final round of the championship held at Sydney Motorsport Park over the weekend.

Maxwell entered the round tied on points with Troy Herfoss and carrying momentum from a good result at the penultimate round. The mathematics were simple for Maxwell, beat Herfoss and the championship was his but he was instantly on the back foot at the final round when a fall in the final qualifying race meant he had to start from position eight on the grid for all three championship races.

In each leg, Maxwell raced with passion and pride as he charged his way through the field in pursuit of Herfoss and championship success. He clawed his way to fourth in race one and a third in race two to keep his championship hopes alive. Race three and he threw it all on the line and again Maxwell surged forward but could only manage another third place, just .5 of a second off the race win and the championship was gone.

Maxwell finished the final round in fourth place and locked up second in the championship, just one point short of the series win.

“I gave it my all,” Maxwell explains at days’ end. “I only have myself to blame crashing on Friday and it was too much of an obstacle to overcome. I can’t make a mistake like that and expect that a rider as good as Troy isn’t going to take advantage of it. Congratulations to him.

“Overall, I’m happy with the 2015 season despite not winning the championship. I won two rounds and was on the podium several more times. We started the year on a brand new bike, on a new team and we proved to be as competitive as ever in a short period of time. Thank-you to every member of the YRT crew and Yamaha Australia with a special mention to my mechanic Warren,” Maxwell concluded.

Glenn Allerton also had a mathematical chance of pinching the championship win over the weekend although he admits it was a long shot. Unfortunately the day didn’t pan out as Allerton would have liked and he finished in fifth for the round with 6-4-6 results but secured his third place in the final championship standings.

“This just fuels my motivation for next year and hopefully we can hit the ground running in 2016 and go after another championship.”

“Thank you to the Yamaha Racing Team for all their efforts this year and my personal sponsors for sticking by me,” said the former champ.

Cru Halliday finished the final round in sixth place and showed more flashes of brilliance throughout the day. He clocked the fastest lap of the race on his way to fifth place in race one but struggled for grip in race two to record an eighth place result. He rebounded well in the final race to take fourth but it wasn’t the final round Halliday was after.

“I didn’t feel as good today as what I did here at round three when I took the win. I had a terrible second race and just didn’t feel good on the bike at all but races one and three weren’t too bad.

“I learnt a lot over the weekend and it was great working with Kev Marshall. I knew that Wayne was in the championship hunt so I didn’t want to do something silly and be a major burden on the team.

“It’s been a big learning curve for me all year in adjusting to the new bike and I have really enjoyed working with the team. I would like to have finished higher than sixth overall in the championship but I will be back next year and more determined to get a better result,” Halliday commented.

With his team finishing the championship in second, third and sixth, team owner, John Redding, summed up the 2015 season for the Yamaha Racing Team.

“This has been and interesting and exciting year for us. We came into the season with a brand new motorcycle, some new riders and a very short time to get up to speed but it wasn’t long before we were winning races on the bike and each rider was able to win a round this year.

“But 2016 is a whole new ball game and we will spend the off season to continue to develop the bike. So, add to what we have learnt via racing this year, with a good off season of testing and development and I’m sure we will have a very competitive package in 2016,” Redding ends.

The Sydney Motorsport Park event was the final race of the year for the Yamaha Racing Team. An announcement for their 2016 plans will be made in the coming weeks.

A full list of results can be found at www.computime.com.au

Wayne is sitting equal first in the championship with Troy Herfoss for the decider at Sydney Motorsport Park.
Watch all the action live Saturday from 9.45am.
Also watch live from 5pm to 8pm on Fox Sports - Channel 501