Details
11 May
Written by Wayne Maxwell 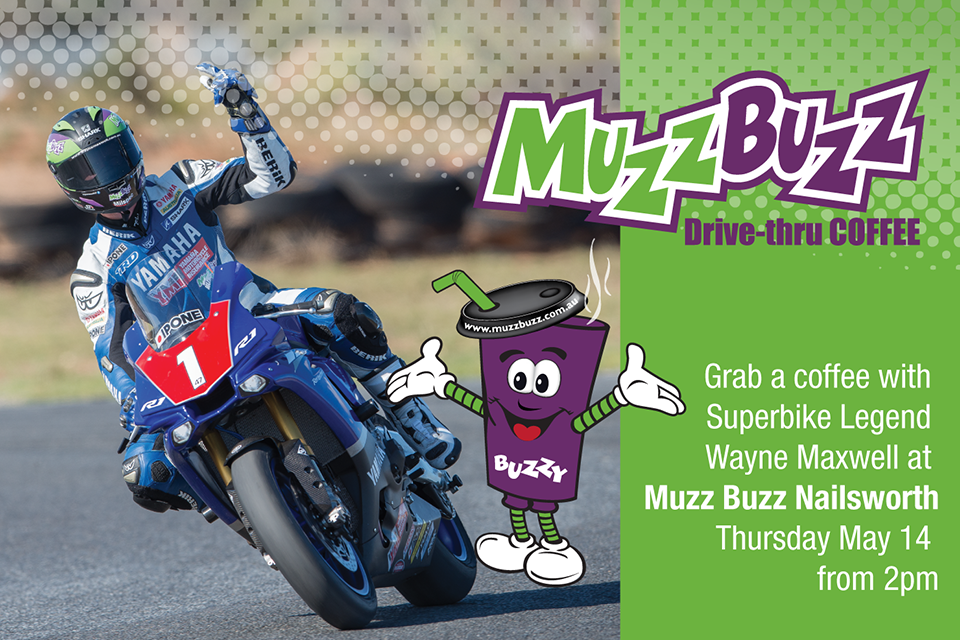 Wayne 'Train' Maxwell will be parking his Yamaha R1 at Muzz Buzz Drive Thru Coffee,  Nailsworth, Thursday May 14 from 2pm  until 4pm.

Held at Mallala Motorsport Park, the nationally televised championship itself consists of seven rounds, held across four states in Australia.  This is the second round of the series and attracts Australia's most talented racing stars.

As well as meeting the Wayne 'Train' fans will also be treated to a  free short coffee plus have the chance to win tickets to the Australasian Superbike Championship.

Details
06 May
Written by Wayne Maxwell

Round 2 - Swann Insurance Australasian Superbike Championship – Live at 9:10am - 17th May 2015 from Mallala Motor Sport Park

Wayne is sitting 3rd in the championship and heads to one of his strongest tracks after winning 6 from 6 in 2014.
Watch all the action live Sunday from 9.10am. 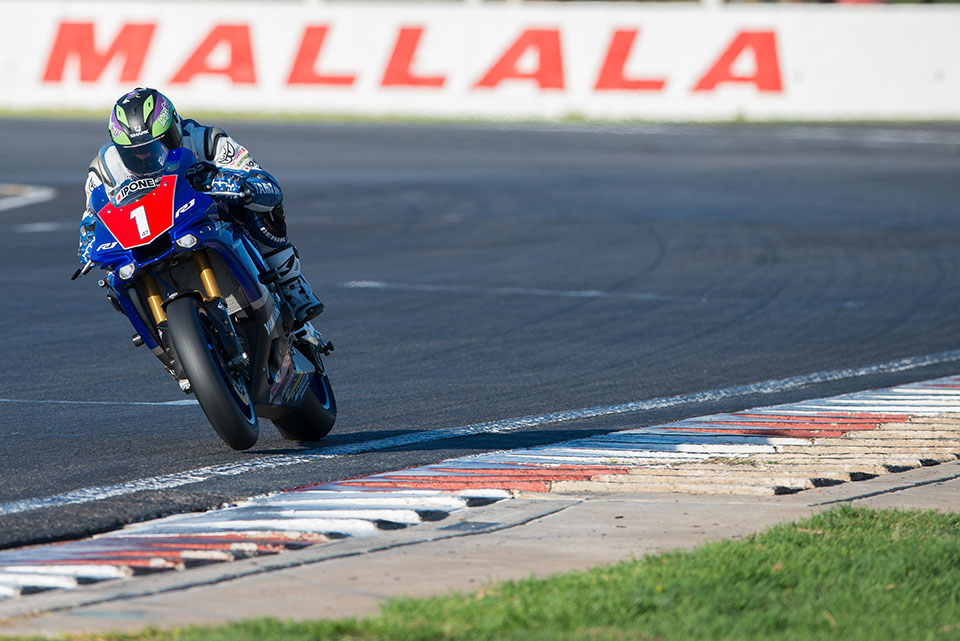 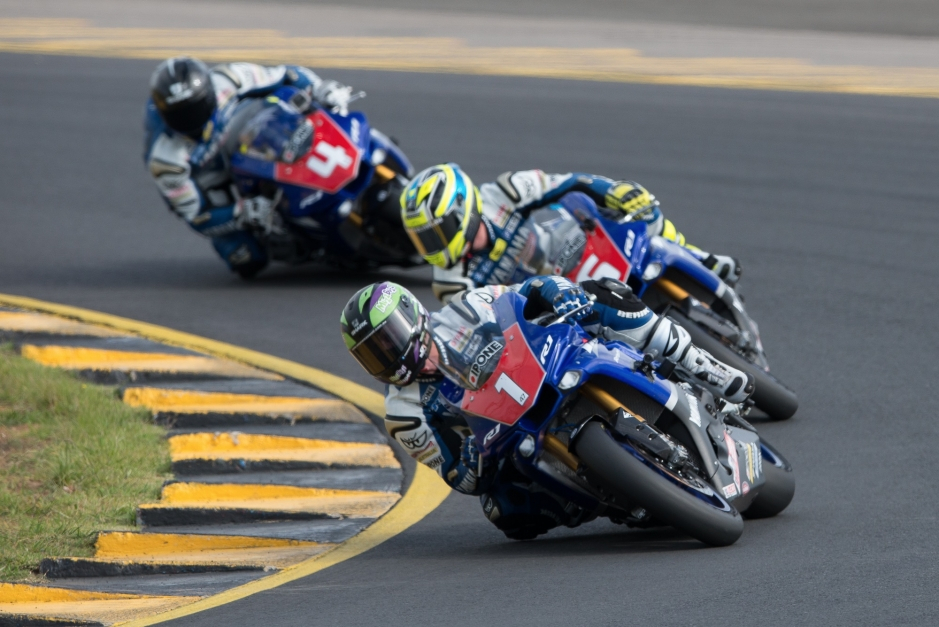 Despite limited preparations due to the recent arrival in Australia of the ground breaking Yamaha R1, the YRT crew showed the new machine is more than capable of winning races at a national level in almost road going trim.

At the opening round of the Australasian Superbike Championship, the bikes were wheeled from the truck and out onto the Sydney Motorsport Park circuit and directly to the top of the time sheets on the Friday qualifying with Cru Halliday, Wayne Maxwell and Glenn Allerton at the controls.

As the weekend progressed, the YRT crew were able to collect valuable information and data on the new machines that will hold them in good stead for the coming rounds and the riders were able to get all important track time to whet their appetite as the championship progresses.

At the completion of racing on Sunday, Wayne Maxwell stood on the podium in third place, directly ahead of his team mates Cru Halliday and Glenn Allerton in fourth and fifth respectively.

“It was a good hit out for the riders and the team and will only benefit us in the future,” states team manager John Redding. “The R1 obviously has brilliant track speed and unlimited potential and as we get to know the bike better and develop it more, the results will only continue to improve.

“Kevin and his team did a great job getting the bikes into shape with such short preparations while the riders adapted very quickly. Finishing third, fourth and fifth might not be the perfect start but I think we laid some pretty good foundations and gained some real knowledge on the bikes for future development,” Redding ends.

The ASC now heads for Mallala in South Australia for round two of the championship on May 15-17. YRT will hope to build on the strong showing at round one and improved results as the championship moves forward.

For more information and full results from the weekend on the ASC: http://www.fxsuperbikes.com.au

Here is a short video to discuss my change to Yamaha and also a few things about the testing on the all new Yamaha R1M.